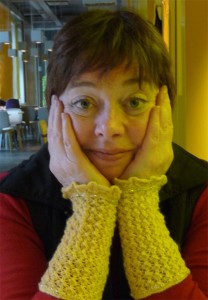 Andrea Mellis studied singing, acting and harpsichord first at the University of Victoria/Victoria Conservatory and later at the University of Alberta in Edmonton. In 1977 she went to Germany and spent two years in the Opera School of the Nordwestdeutsche Musikakademie in Detmold and continued her vocal studies privately with Eugene Rabine. She sang operas, concerts and oratorios in Germany, France, Belgium and Poland and in 1988 was engaged as well to teach at the newly formed Studio Theater an der Wien in Vienna, Austria. She subsequently became the Director of the Musical Theatre Programme at the University of Music and Performing Arts in Vienna. She also founded the Mariahilfer Oper in Vienna which performed works using the combined forces of professional performers and children.

She is the Artistic Director of Passepartout, an ensemble of singers, dancers and actors who perform in projects internationally. She has directed over 40 works for the stage and has also written 4 works for the stage all of which have been premiered in German theatres. For the past 15 years she has been the Artistic Director of the Sieggraben Summer Workshop, a workshop for singers which has attracted singers of opera and musical theatre from as far away as New Zealand, Argentina, the U.S., Canada and Uruguay. She continues to sing and direct operas, musicals and plays throughout Europe, North America and Asia, where she has also given workshops in singing and acting. Andrea Mellis currently resides in Lindgraben, Austria, a small town near the Hungarian border, with her husband, Canadian composer Ron Hannah. Andrea was born in Edmonton, right across the street from the Eva O. Howard Theatre, and she will celebrate her 65th birthday during the run of Carmen.