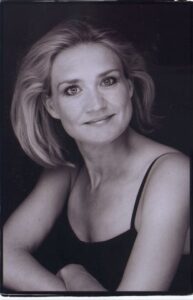 Dutch soprano Anne Grimm studied violin and voice at the Sweelinck Conservatory in Amsterdam and received scholarships from the Fonds voor de Podiumkunsten to pursue her vocal studies in London and in the US through the Steans Institute at the Ravinia Festival. Since then she has been held in high regard for her work in opera, concert and recital throughout Europe, North America as well as Australia and New Zealand.

She has toured extensively with Ton Koopman and the Amsterdam Baroque Orchestra (Ambronay, Salzburg Festival) as well as with the Amsterdamse Bachsolisten under Roy Goodman and The Netherlands Bachvereniging. Anne has also appeared with Christophe Rousset, Massimo Zanetti and at the Halle Handel Festspiele and Potsdam Festival Sanssouci. Other highlights have included touring with Frans Bruggen and the Orchestra of the 18th Century as well as singing with the Netherlands Opera, National Reisopera and at the Holland Festival.

Recognized for her performances of contemporary music, Ms. Grimm toured with Aventa Ensemble to Calgary, Montreal and New York City performing works of Saariaho and Gonneville as well as opening the Adelaide Festival in Australia as Marilyn Monroe in Gavin Bryars’ chamber opera, Marilyn Forever. Other performances have included Christopher Butterfield’s Contes pour enfants pas sage with Continuum in Toronto as well as performing music of Gavin Bryars with the composer for the Victoria Symphony. Most recently she performed the role of Barate in Rudolf Komorous’ Chamber Opera The Mute Canary with Turning Point ensemble of Vancouver touring to Prague and Ostrava in the Czech Republic.

Since 2009 she has been on the Voice Faculty at the UVic School of Music and regularly adjudicates and teaches masterclasses at the Victoria Conservatory of Music.