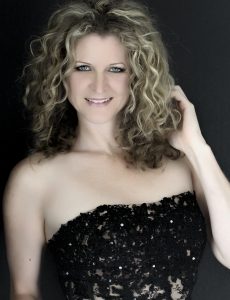 From winning the Québec Provincial Gymnastics Championship on Floor to thrilling audiences with her “exquisite vocal command of a three-octave range”, Canadian mezzo soprano Barbara King is no stranger to the stage and displayed her gymnastics and dance abilities as Olga and a Grisette with Edmonton Opera in their 2015 production of The Merry Widow.

In 2017, Ms. King sang the lead role of Octavian in Der Rosenkavalier with Opera by Request in Toronto, made her debut as a soloist with the Rocky Mountain Symphony Orchestra and was pleased to return to sing with Edmonton Opera in their production of Elektra as The Confidante and with Opera Kelowna in their Opera in the Park and Opera under the Stars summer concert series. Most recently, Barbara made her debut with Manitoba Opera as Flora in La Traviata.

A native of Montréal, Québec, Barbara currently resides in Calgary, Alberta, where she and her husband founded Calgary Concert Opera Company. www.calgaryconcertopera.com

Upcoming performances are with Opera Kelowna and include Carmencita Gala, Opera Under the Stars concert and the lead role in Carmen.