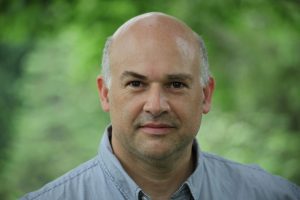 Butterfield recently performed Carmina Burana with the St. Louis and Vancouver Symphony Orchestras under Bramwell Tovey and returned to the Bach Choir of Bethlehem for their 111th annual Festival also recording Cantata 21 and Handel’s Ode to St. Cecilia’s Day for Analekta. Overseas Butterfield performed in Yevhen Stankovych’s ‘Kaddysh‘ Requiem with the Hamburg Philharmonic at the Kiev Opera House under Oksana Lyniv commemorating the 75th anniversary of Babyn Yar. This coming season he returns to the Baltimore Symphony for Messiah and Calgary Philharmonic for Elijah as well as to the Victoria Symphony for their annual Viennese New Year’s concert. Ben was  was made a Fellow of the Royal Society of Canada last year.

In opera, Butterfield recently sang the role of Mime in Das Rheingold with Pacific Opera and was the stage director for Puccini’s Gianni Schicchi at the Amalfi Coast Music Festival in Italy. Other operatic roles include Grimoaldo in Handel’s Rodelinda and Jupiter in Semele with Pacific Opera Victoria, Frère Massée in Messiaen’s St. François d’Assise with Kent Nagano and the Montreal Symphony, Tamino in The Magic Flute with the Toronto Symphony and Don Ottavio in Don Giovanni with Calgary Opera.

A prolific recording artist, he has recorded for Analekta, Dorian, CBC Records, Koch International and Timpani (France). He has been featured in Messiah on ZDF at the Handel-Festspiele Halle with Trevor Pinnock and the English Concert and on CBC Radio as a guest host for “This is my Music”. Recently Mr. Butterfield recorded the St. John Passion with the Bach Choir of Bethlehem (Analekta), the Schönberg/ Rhien transcription of Mahler’s Das Lied von der Erde for Yellow Barn and a sixth CD of Ukrainian Art Song for the Ukrainian Art Song Project in Toronto.

Professor Butterfield is Head of Voice and Co-Head of Performance for the School of Music at the University of Victoria and was the 2015 recipient of the UVic. Craigdarroch Award for Excellence in Artistic Expression. He has served as guest faculty for the Amalfi Coast Music Festival in Italy, The Victoria Conservatory Summer Vocal Academy, Vancouver International Song Institute, Yellow Barn, and Opera on the Avalon and has also adjudicated competitions and festivals in the US and Canada.