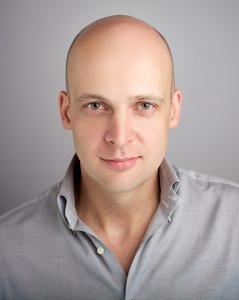 Gordon Gerrard is a respected figure in the new generation of Canadian musicians. Trained first as a pianist and subsequently as a specialist in operatic repertoire, Gordon brings a fresh perspective to the podium. His passion and his dedication to producing thrilling musical experiences have endeared him to his fellow musicians and the public alike.

Gordon has most recently been appointed as the 15th Music Director of the Regina Symphony Orchestra, commencing in July 2016. He also currently holds the position of Associate Conductor of the Vancouver Symphony Orchestra, a position which was created for him after two highly successful seasons there as Assistant Conductor. For four seasons Gordon held the positions of Resident Conductor and Repetiteur for Calgary Opera. He led many productions while in residence in Calgary, including the Canadian premiere of Mark Adamo’s Little Women recorded for national broadcast on CBC’s Saturday Afternoon at the Opera; and a highly successful production of La Bohème chosen specifically to celebrate the 40th anniversary of the company. He was invited back to help launch Calgary Opera’s summer opera festival Opera in the Village with productions of Candide and The Pirates of Penzance. During his tenure at Calgary Opera, Gordon was honoured with the Mayor’s Award for Emerging Artists for his contribution to the musical life of the city of Calgary. Gordon has also conducted productions for Opera Hamilton to critical acclaim and was Assistant Conductor for several productions at Opera Lyra Ottawa. Gordon is also a regular guest conductor for Opera McGill, where he has led productions of Don Giovanni and Le Nozze di Figaro.

A passionate and gifted educator, Gordon has been engaged as a conductor and lecturer by many institutions, including McGill University, the University of Manitoba and Iowa State University. He has served as conductor for Opera Nuova (Edmonton) since 2001 and has been part of the music staffs of the Opera as Theatre Programme at the Banff Centre for the Arts, the Canadian Vocal Arts Institute (Montreal), Halifax Summer Opera Workshop and the Undergraduate Opera Studio at the Manhattan School of Music. He has been a regular vocal coach for Calgary Opera’s Emerging Artist Program and l’Opéra de Montréal’s Atelier Lyrique.

As a pianist, Gordon is a respected recital partner. After completing his studies at the prestigious Manhattan School of Music, Gordon presented recitals throughout New York City. He was invited to participate in the Wigmore Hall International Song Competition in London, and was engaged to present a recital with soprano Jane Eaglen for the Edmonton Recital Society.

The 2015/16 season sees Gordon lead productions of La Traviata at the Westben Festival; Lamké for Calgary Opera; and The Nutcracker for the National Ballet of Canada. He continues on as Associate Conductor for the Vancouver Symphony Orchestra, making his subscription series debut with Sibelius’ Second Symphony, and will make guest appearances with the Regina, Victoria and Sudbury Symphony Orchestras.