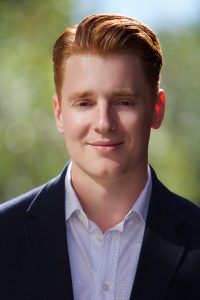 Isaiah Bell’s performances are characterized by his “beautiful tenor, command of style, and natural stage presence”. The Canadian-American combines a “willingness to invest himself wholly into the character” and “attractive, youthfully sexy stage presence” with “exquisite lyricism” and a “strong, glorious voice with heroic, oratorio-style ring”.

In October of 2018 Isaiah will create the role of Antinous, the doomed lover of the Roman emperor Hadrian, in the world premiere of Rufus Wainwright’s Hadrian at the Canadian Opera Company. He appears alongside Thomas Hampson as Hadrian and Karita Mattila as Plotina.

Other recent engagements include George Benjamin’s Written on Skin with the Toronto Symphony conducted by the composer, Strauss’s Elektra and Bach’s Matthew Passion under Yannick Nézét-Séguin, Britten’s Owen Wingrave, under Mark Wigglesworth at the Aldeburgh and Edinburgh Festivals, Mendelssohn’s Lobgesang with Bramwell Tovey and the Vancouver Symphony,  Lysander in A Midsummer Night’s Dream at l’Opéra-Théâtre de Metz in France, and, with Kent Nagano and l’Orchestre symphonique de Montréal, Berlioz’s Roméo et Juliette and a Decca recording of the Honegger/Ibert opera L’Aiglon.

Isaiah is also a writer and composer. He has written four operas, including two commissions for NUOVA’s  opera-in-schools programs. He is currently developing a semi-autobiographical original show, The Book of My Shames, with Tapestry Opera in Toronto and Intrepid Theatre in Victoria. Isaiah lives in Victoria with his husband René.