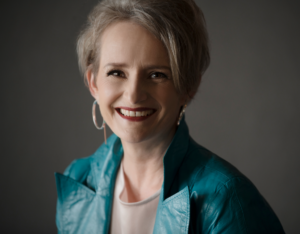 Canadian mezzo-soprano Kimberly Barber’s eclectic and varied career combines not only the standard repertoire sung on some of the great opera house and concert stages of the world for the last 30 years, but also contemporary and baroque works with smaller, experimental companies. With performances at Opéra de Paris, Opéra de Marseille, Frankfurt Opera, English National Opera, New York City Opera, Chicago Lyric Opera, Seattle Opera, L’Accademia Nazionale di Santa Cecilia, Wigmore, Barbican, Avery Fisher and Weill Concert Halls, and every major opera company and orchestra in Canada, her operatic repertoire encompasses more than 50 roles, many of them from 20th and 21st century or lesser-known works, and her concert repertoire stems from every genre. She is a champion of the music of our time, frequently giving world and Canadian premieres of new music. In May 2017 she returned to Toronto’s Tapestry Opera to create the role of Asa in the world premiere of OKSANA G (the entire cast nominated for two Dora awards—Best Ensemble and Best Opera Production), and also premiered a new work, THIS LAND, commissioned for her, with NUMUS concert series in Waterloo, Ontario. Recent seasons featured concerts in Lyon (with jazz pianist Franck Avitabile) and Vienna, Ottawa and Waterloo (with pianist Anna Ronai and flutist Ulrike Anton) as well as streamed concerts with Confluence Concerts (John Beckwith Songbook in March 2021) and at Wilfrid Laurier University (Pierrot Redux, March 2022). In May 2022 she will debut with Winnipeg’s Little Opera Company in the Canadian premiere of Jake Heggie’s THREE DECEMBERS in the role of Madeleine Mitchell. She has recorded for Deutsche Grammophon (Concepción in Ravel’s L’HEURE ESPAGNOLE with the LSO under André Previn), CBC Records, Naxos, Teldec and Dutton Classics. Her wide-ranging career in Europe, Asia and North America, with years of experience as an operatic performer, concert, recital and recording artist, and breadth of pedagogical training, qualify her ideally to guide emerging vocal artists who hope to excel at an international level.

In demand as a guest lecturer, panellist, consultant and pedagogue, Kimberly Barber gives master classes and workshops around the world at universities, conservatories and Young Artist Programs. She adjudicates widely, and is frequently called upon to serve on advisory panels for the arts. Professor of Voice at Wilfrid Laurier University since 2002, she is Administrative Coordinator for their Opera Program, and was appointed Associate Dean, External for Laurier’s Faculty of Music in July 2017. Her research interests are centred on the Art of Practice and effective use of the body in vocal pedagogy. Licensed as a Body Mapping Educator®, she teaches Body Mapping for Musicians in workshop settings, privately, and as a cornerstone of her pedagogical model in the voice studio. Her Body Mapping teaching is tailored to all musicians and she presents regularly for pianists, orchestral musicians and conductors as well as singers and other voice users.