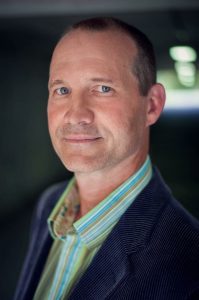 4th year on Faculty at NUOVA

Michael Cavanagh has been one of Canada’s busiest and most successful opera stage directors for more than 20 years. He has directed well over 150 productions at companies all over North America and Europe. Recent career highlights include new productions at Royal Swedish Opera (Aida), San Francisco Opera (Susannah, Lucia di Lammermoor, Svadba-Wedding), Edmonton Opera (Elektra), and Vancouver Opera (Otello). His hugely successful production of Nixon in China by John Adams was first produced in Vancouver to coincide with the 2010 Winter Olympic Games. It has since been remounted several times, notably in San Francisco and Dublin, Ireland. Most recently, he directed it to great acclaim for his debut at the Royal Swedish Opera in Stockholm. Former artistic director of Edmonton Opera, he has directed multiple productions there and throughout Canada, including Manitoba Opera, Vancouver Opera, L’Opera de Montréal, and Calgary Opera. In the United States, he has directed productions at Opera Philadelphia, Boston Lyric Opera, Hawaii Opera Theatre, Austin Opera, Kansas City Opera, and many others. Mr. Cavanagh made his Covent Garden  debut in 2006, directing a new chamber opera, The Midnight Court, by Ana Sokolovic. He has developed and staged many new pieces, and is in high demand as a dramaturge and teacher. As a librettist, he has enjoyed critical and popular success with seven chamber operas with 3 different composers.

Upcoming highlights include return engagements with L’Opéra de Montréal and Calgary Opera, as well as his debut with San Diego Opera. He has just committed to a major project with San Francisco Opera, directing new productions of all three Mozart-DaPonte operas, beginning in 2019.

A proud native of Winnipeg, Manitoba, Mr. Cavanagh now lives in London, Ontario where he is a part-time faculty member at Western University.