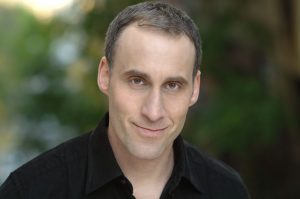 As a teacher and coach, Michael has served as an Assistant Professor in the BFA Musical Theatre and Acting Programs at Ithaca College and as an Artist-in-Residence/Visiting Lecturer at Cornell University. For nine of the past ten summers, he has served, variously, as Directing of Acting Programs and Creative Director at the School of Creative and Performing Arts (SOCAPA) at their campuses in Manhattan and Vermont.

His television credits include Law & Order, Seinfeld, Saved by the Bell, and Unsolved Mysteries.

He is a proud member of Actors’ Equity Association (U.S.), SAG-AFTRA, and VASTA, the Voice and Speech Trainers’ Association. He is also currently an MFA 2019 Candidate in Theatre Voice Pedagogy at University of Alberta.