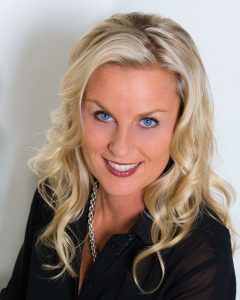 Dutch-Canadian Soprano, Monica Huisman has been hailed as possessing a soprano voice that ’embodies both flawless technique and dramatic impact’ (Opera Canada). Ms. Huisman has delighted audiences from Amsterdam’s Concertgebouw to Guatemala City with the reputation of her ‘silken’ voice ‘consistently crafting each note into a work of art’ (Winnipeg Free Press).

Recently she returned to the Vancouver Symphony for Beethoven’s Symphony No. 9 with Bramwell Tovey, as well as with the Regina Symphony and Messiah with the WSO. Ms.Huisman started the 2016-2017 season with her role debut of Alice Ford in Verdi’s FALSTAFF with Manitoba Opera and Mendelssohn’s ELIJAH and the WSO. She also premiered a new song cycle by John Greer titled ‘A Prairie Boy’s Life’ with her colleagues from the Desautels Faculty of Music at the University of Manitoba, where she is on the vocal faculty. Upcoming, Ms. Huisman is touring the Netherlands with the University of Manitoba Woman’s Chorus, guest teaching at Opera NUOVA and Opera Kelowna, having starting the 2018-2019 season as Donna Elvira in Mozart’s Don Giovanni with MOA, as well as soprano soloist in Mozart’s Requiem with the Winnipeg Philharmonic choir and the WSO.