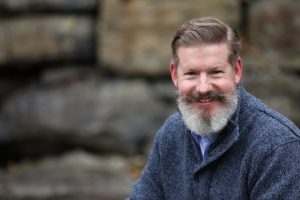 Patrick Hansen continues his unique career throughout North America as an operatic stage director, vocal coach, artistic administrator, and conductor.  Currently he is an Associate Professor and the Director of Opera Studies at the Schulich School of Music of McGill University in Montreal, Quebec.

Mr. Hansen has been on the musical staffs of the Lyric Opera of Chicago, Pittsburgh Opera, Tulsa Opera, Opera Memphis, Des Moines Metro Opera, Ash Lawn Opera, The Juilliard Opera Center, and Glimmerglass Opera as well as being the Director of Artistic Administration for Florida Grand Opera during the opening of the half-billion dollar downtown Miami arts centre.

For his conducting of Bartok’s operatic masterpiece Bluebeard’s Castle, New York Times critic Anthony Tommasini praised his “lithe pacing and vivid colors” while Pulitzer prize-winning Financial Times critic Martin Bernheimer wrote “Hansen respected the delicate balance between passion and introspection. He made much of Bartok’s epic essay in psycho-sexual angst.” David Patrick Stearns in the Philadelphia Inquirer noted “Hansen revealed another side of the score: stroke after stroke of musical characterization that’s often obscured by dazzling orchestral color, skillfully drawing the ear into the two characters’ hearts of darkness.”

His productions have been seen all over North America and in Europe. Recently he directed and choreographed the Bulgarian premiere of Weill’s Street Scene. He has directed at the Kennedy Center in Washington DC, Eugene Opera, Pittsburgh Opera, Charlottesville Opera, Fargo Opera, Janiec Opera Company, and this spring debuted at Opera on the James in Virginia directing La Traviata. He has directed or conducted over 100 operas in the last decade alone. His libretto adaptation of Shakespeare’s Much Ado About Nothing had its first workshop in London, England. The world premiere of his Much Ado! is planned for 2021 in Montreal with music by James Garner.