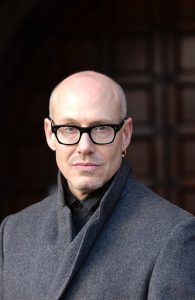 Theatre and Opera Director Tom Diamond’s acclaimed productions have been seen from coast to coast in Canada and throughout the United States.

Following an early career as an actor and theatre director, he began his operatic work as a member of the Canadian Opera Company's Ensemble Studio. His many stagings for the COC include productions of Giasone and La Calisto by Cavalli, a Dora award winning production of Handel's Julius Caesar, and Don Giovanni by Guiseppe Gazzaniga.

Career highlights include developing and directing world premieres of Timothy Sullivan's Florence, The Lady With The Lamp for the Elora Festival (Chalmers Award). His production of Squonk was an off-Broadway hit and transferred to Broadway where it won the American Theatre Wing's Hewes Award.

Mr. Diamond was the Resident Director/Dramaturge for Tapestry Opera for a decade where he developed and staged the world premiere of Chan Ka Nin's Iron Road (with librettist Mark Brownell), a bilingual (Cantonese-English) opera about the building of the Canadian railroad, which won the Dora Mavor Moore award as Outstanding New Musical. He also directed their national tour of Theresa Tova's Still the Night, several seasons of Opera to Go, and world premieres of Omar Daniel and Alex Poch-Goldin's The Shadow and Aaron Gervais and Colleen Murhpy’s OKSANA G, which was nominated for 7 Dora Awards in 2018.

Mr. Diamond is perhaps most often recognized for his participation in both seasons of the Gemini Award-winning television series Bathroom Divas.

He is also one of the most renowned and sought after teachers on the continent. He is the Senior Acting Coach for the COC Ensemble Studio, a regular guest at L’Opera de Montreal’s Atelier Lyrique and on staff at the Royal Conservatory of Music’s Glen Gould School. He also has taught/directed at Indiana University’s Jacobs School of Music, Merola, Western University in London Ontario, McGill University’s Schulich School of Music, Dalhousie University, COSI (the Centre for Opera Studies in Italy), COAA (Canadian Operatic Arts Academy), the Eastman School of Music, the New England Conservatory, the University of Toronto’s Faculty of Music and Calgary Opera’s Emerging Artist Program. He has been a fixture of Wendy Nielsen’s St. Andrews Opera Workshop for almost 20 years.