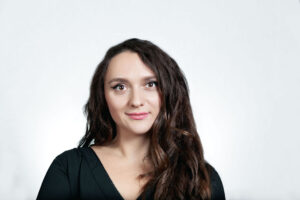 Fortuna: "The Coronation of Poppea"

How are you preparing for NUOVA’s program?

I began preparing for Opera NUOVA’s program by watching the opera in which I have been cast. I have also researched by reading articles, watching videos, and listening to podcasts. These were about different aspects of the opera, from character analyses to baroque ornamentation, so I would have a well-rounded understanding. Then I obtained the score and began learning my role. I wrote in literal translations and IPA phonetic transcription, then began learning pitches, using recordings, my own piano playing, and music notation software. At university, I am working on this role in coaching sessions and performing parts of it in recital. I plan on attending acting workshops to bring more drama and emotion to my singing. I am also excited to be performing in NUOVA’s Opera & Music Theatre Festival. That repertoire is being thoroughly prepared as well. I cannot wait to get started at Opera NUOVA this summer!

What attracts you to NUOVA’s programs? Why this year?

Singing is what I have been most passionate about since before I could remember. I was telling my Yiayia (“grandmother” in Greek) “I want to sing!” when I was a toddler. The opportunity to perform a complete role in a fully staged and orchestrated opera while I am in my first year of university for music is beyond my wildest dreams. That is the main thing that attracts me to NUOVA’s 6-week Emerging Artist program. My goal is to become a professional opera singer, so gaining experience that mirrors that of a professional (for example, needing to completely memorize my role before I arrive) will be invaluable to me. I look forward to learning new techniques, such as Alexander Technique and Clown and Mask, from internationally recognized, expert faculty. I am so excited for all the learning and performance opportunities. Last, but not least, I am thrilled at the prospect of making new friends and connections, bonding with cast-mates and other Opera NUOVA participants.

Elaine Glinos is a soprano from Toronto, currently in her first year of a Bachelor of Music at Wilfrid Laurier University. Before studying at Laurier, she performed a variety of solo repertoire, as well as soprano solos in large choral works, at the University of Toronto’s Hart House. Some of her favourite performances include Mozart’s Vespers, “L’invitation au voyage” by Duparc, “Belle nuit, ô nuit d'amour” from Offenbach’s “The Tales of Hoffmann,” and "If" from “The Diary of Anne Frank,” performed at Toronto’s Nuit Blanche. The rolle of Fortuna in Opera NUOVA’s 2022 production of Monteverdi’s “L'incoronazione di Poppea” will be her opera debut!