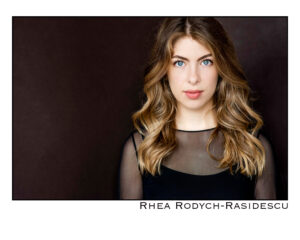 To prepare for Nuova I have been working with my coaches to help me hone my vocal, movement, and acting technique even further. A part of the challenge of the 6-week Intensive at Nuova is maintaining stamina; which I can best achieve by maintaining proper technique. In anticipation for this summer, I’ve been working with my coaches to expand my repertoire to have a wider range of songs and styles; from golden age to contemporary pop and rock musical theatre. Through this I have been developing more versatility as a musical theatre performer, and I am excited to bring a wider range of my artistic work to Edmonton in June.

Opera Nuova’s programs intrigue me with their rigorous training and performance opportunities. I believe it is vital to continue training throughout your career. I recently graduated with a BAH in Theatre and Film in Performance from the University of Winnipeg. I want to build on the skills I obtained in my degree and further develop my musical theatre performance skills. I am excited to meet and learn from professionals and peers from across the country.

Rhea Rodych-Rasidescu (she/her) is an actor, singer, director, and dialect coach living and working in Treaty 1 Territory. She trained at the University of Winnipeg B.A. Hons. Acting Performance Program receiving the gold medal. Rhea recently worked as the dialect coach on Manitoba Theatre for Young People's (MTYP) production of "Frozen River". While being a multifaceted theatre artist she is also passion about teaching. She is an instructor at MTYP and Academy of Music. Rhea just completed a mentorship with Erin McGrath through Creative Manitoba's mentorship program focussed on censorship in theatre for teens. Rhea is thrilled to be taking part in Opera Nuova's Opera and Music Theatre Festival in Edmonton this year.