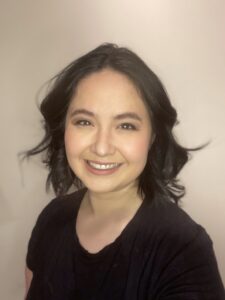 I'm spending the next few months preparing for my senior recital at University along with preparing for Opera NUOVA's "Tuck Everlasting" & "A Grand Night for Singing". There will be lots of practicing and learning music, as well as spending time in analysis getting to know the stories that we will be bringing to the stage.  I've begun physically training again so that I can be prepared to fully participate in all aspects this summer.

I love the idea of being able to fully immerser myself in an intensive program such as this. Opera Nuova's reputation is one, of the highest standards and I am so looking forward to learning from some of the best. Opera NUOVA offers such practical courses to truly help make the jump from education into the professional world, and I hope to be able to gain as many new skills as possible.

Throughout the pandemic I have missed being able to perform with other people and collaborate on projects. I missed out on the last two terms of shows at school and want the chance to get back into the theatre. As the world begins to open up again, to be able to share an art that I love and adore with the people here in Edmonton is all I could ask for.

The stories we tell create and shape the world we live in. Edmonton AB based Mezzo Soprano, Saundra Ward, is a strong believer in the power of storytelling. At the ripe age of 14 she saw her first live musical, Wicked, on stage in San Francisco. Ever since, her love of singing and performing has continued to blossom. As a budding performer, Saundra takes her love of Musical Theatre and her new found admiration of Classical Repertoire to bring performances that pull from beloved Opera and art songs, as well as contemporary Musical Theatre, drawing inspiration from Broadway legends such as Audra McDonald, Renée Fleming and Laura Osnes.

Born and raised in Vancouver BC, Saundra grew up in a musically active household and dabbled in a variety of instruments including the piano, guitar, flute, clarinet and even the alto saxophone, but ultimately found her calling in singing. Her musical endeavors led her to pursue her musical training with a number of performing groups including the Vancouver Bach Youth & Children Choirs, Stage Craft Musical Theatre School, and the Dana Wosk School of Performing Arts.

Upon graduating high school, Saundra took some time off of music and moved to Eastern Canada for 18 months where she focused on volunteering and helping those in need. Upon her return, she began her professional vocal training under the guidance of Eric Hannan at Douglas College. During her studies she was a recipient of the Lance Ryan Award of Distinction, Joyful Noise Vancouver Gospel Choir Voice Entrance Award of Distinction and the Tatsuo Hoshina Award of Distinction.

Saundra’s passion lies in the art of human connection and story-telling and has recently had the opportunity to do just that at the Vancouver Academy of Music. Recent credits include an Andrew Lloyd Webber Musical revue, Purcell’s Dido & Aeneas, and an original project by Robyn Driedger-Klassen and Alan Corbishley, So Long Mom: Jaunty Tunes of Political Upheaval.

Saundra continues her studies of Vocal Performance at the Vancouver Academy of Music with Robyn Driedger-Klassen, where she will be completing her Bachelors of Music in the spring.